← more from
kranky
Get fresh music recommendations delivered to your inbox every Friday.
We've updated our Terms of Use. You can review the changes here. 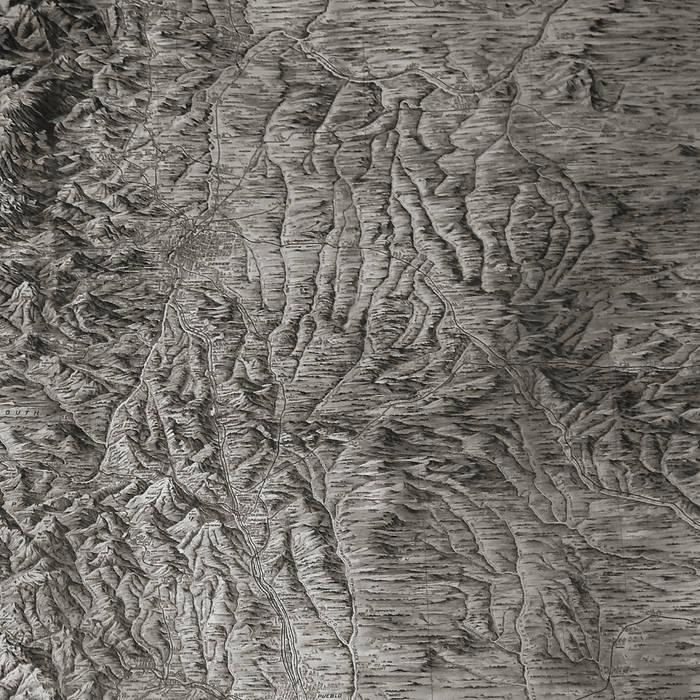 Rich Hims Sat on my wishlist for some time amidst the feeling I may already have enough brooding, multi-instrumental percussion-heavy soundscapes, but having given it another listen after a long break, it tipped the balance into a must-have. Favorite track: Hypoxia.

In the Treeeees Mr. Morgan is treading new ground with his collaboration with Mr. Bridges. I think this may be the most location-inspired album I have heard yet. Evocative of the windswept high plains in which it was recorded, Cinderland really brings your mind there to a brutal yet beautiful landscape that calls you to explore its vast expanse. Favorite track: Black Shimmer.

upward Bitterness sits in your stomach, metastasizing as years go by....until finally, you relax your clasped hands and your baggage falls to your feet. You look up, brow furrowed, to the peak of the mountain in front of you and step by step begin your march toward the light, unencumbered. Favorite track: Blood that Ran the Rapids.
more...

High Plains is the duo of Scott Morgan and Mark Bridges. Morgan, based in the Canadian Pacific Northwest, is predominantly known for his drifting, textured soundscapes released under the pseudonym loscil. Bridges is an accomplished, classically-trained cellist residing in Madison, Wisconsin. The two met in Banff, Alberta while they were simultaneously there on residencies at the Banff Centre for the Arts in 2014.

In early 2016, the duo embarked on a collaborative set of compositions in the oxygen thin air of Wyoming, spending two weeks holed up in a refurbished school house in the town of Saratoga,
where this album was recorded. Inspired by Schubert’s Die Winterreise and the rolling landscapes of their surroundings, the collaboration culminated in a collection of recordings that evoke a shadowy, introspective and dizzying winter journey. Cinderland takes cues from classical, electronic and cinematic musical traditions but is mostly a product of the rugged, mythic landscape; vast and sprawling with a wild, uncertain edge.

The recording was made with a portable studio and all sounds were sourced on site, most notably from Bridges’ cello, the resident Steinway D piano, and field recordings collected from the local soundscape.
The results are a site specific, wide scope view of the high valley terrain the duo worked in, a mix of analog and digital, neoclassical and modern electronic sounds, a complemental series of tracks to become absorbed in, a truly deep listening experience.

The cover art for Cinderland was created by London-based artist, Peter Liversidge.

High Plains is the duo of Scott Morgan and Mark Bridges. Morgan, based in the Canadian Pacific Northwest, is predominantly known for his drifting, textured soundscapes released under the pseudonym loscil. Bridges resides in Madison, Wisconsin and is the Assistant Principal Cellist of the Madison Symphony Orchestra. Their debut album, Cinderland, was released by kranky in 2017. ... more

Bandcamp Daily  your guide to the world of Bandcamp

Semiratruth joins the show to discuss their latest release, "loading..".